, /PRNewswire/ --  (NYSE: WST), a global leader in innovative solutions for injectable drug administration, announced today it plans to expand its global manufacturing operations to include a new site in . The new facility will produce packaging components for insulin injector cartridges and other high-value packaging components, in order to meet growing demand from pharmaceutical and biotech customers. Once operational, this new site could bring approximately 150 new jobs to and is intended to grow to support additional jobs through future expansions. 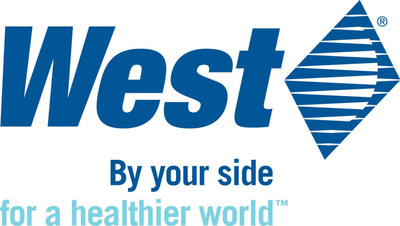 "With diabetes emerging as one of the fastest growing diseases globally, our pharmaceutical customers are expanding their production lines for injectable insulin. To meet this growing demand, we are announcing an expansion today that will help us address this need and continue to serve this critical patient population," said , West's Chairman and Chief Executive Officer. "In the future, we intend for this site to be a center of excellence for advanced packaging components to meet the needs of our customer base for a range of sophisticated injectable therapies."

", is an ideal setting for this new plant, given its business-friendly environment and the growing health science industry in the area," Morel added. "On behalf of West's Board of Directors, I would like to thank the many representatives of City, the Irish Government and the for their support."

Construction is planned to begin in early 2015 on the 44-acre site at Knockhouse on in , subject to the project obtaining requisite planning and zoning approvals, which the Company believes will occur later this year. This site will be a center of excellence for West's proprietary elastomeric sheeting, which is used to package insulin for use in pen injectors. Future plans include additional manufacturing space for West's proprietary injectable component product lines, which are integral to many injectable and dosage forms. With these expansions, the plant eventually could accommodate between 250 to 300 jobs and involve an investment in the range of €100 million.

An Taoiseach said, "I am delighted with this announcement of a new manufacturing facility in the South East by which will create 100 construction jobs during its development and an initial 150 new jobs when operational. It is a massive boost for and the entire South East and I am happy that Government was able to assist through the work of the IDA. The Government is determined to secure economic recovery by incentivising job creation and further investment in the area. Today's announcement continues our strong track record on attracting employers in the medical devices sector and we will continue to prioritise Government support for sectors with real growth potential through our Action Plan for Jobs."

Minister for Jobs, Enterprise and Innovation, said, "The South East has been a key focus of my Department and Agencies since shortly after I took office. We have put in place structures like the to bring a greater focus to this region. In the past two years the number of site visits has been well over twice what it was before 2011, we have seen many substantial jobs announcements and employment in the region has increased by well over 10,000 in the past two years. Today's announcement by West, a world leading supplier to the pharmaceutical industry, that it is establishing a new operation in with the creation of up to 300 jobs, is another great boost. I commend the IDA for their work on this, and look forward to further announcements for the South East in the coming months."

, CEO at IDA Ireland said, " is a leading manufacturer of pharmaceutical packaging and delivery systems, including medical devices. has succeeded in attracting over 250 medical device manufacturers employing over 25,000 people in locations across the country. The IDA and its local stakeholders have fought off stiff competition to have this plant located in . This project is a vote of confidence in the people of ."

West has had a presence in since 2005 with a manufacturing and development center in , which is the European headquarters for , a West subsidiary which specializes in providing device design, development and manufacturing services for pharmaceutical and med-tech customers. Employing over 230 people at its Mulhuddart, facility, it is also undergoing an expansion as a result of securing a number of significant customer programs.

About West
West works side-by-side with its healthcare partners from concept to the patient, designing and manufacturing packaging, diagnostic and delivery systems that promote the efficiency, reliability and safety of their products. Every day, West is leading the way with cutting-edge technologies and quality systems, a thorough understanding of global regulatory compliance, and an unmatched and growing knowledge base of relevant pharmaceutical product testing, development and packaging. Based in , West supports its customers from sales, manufacturing, customer support and research and development locations in , , and . Established in 1923, West had 2013 sales totaling .

West and the diamond logo and By your side for a healthier world™ are registered trademarks or trademarks of , in and other jurisdictions.